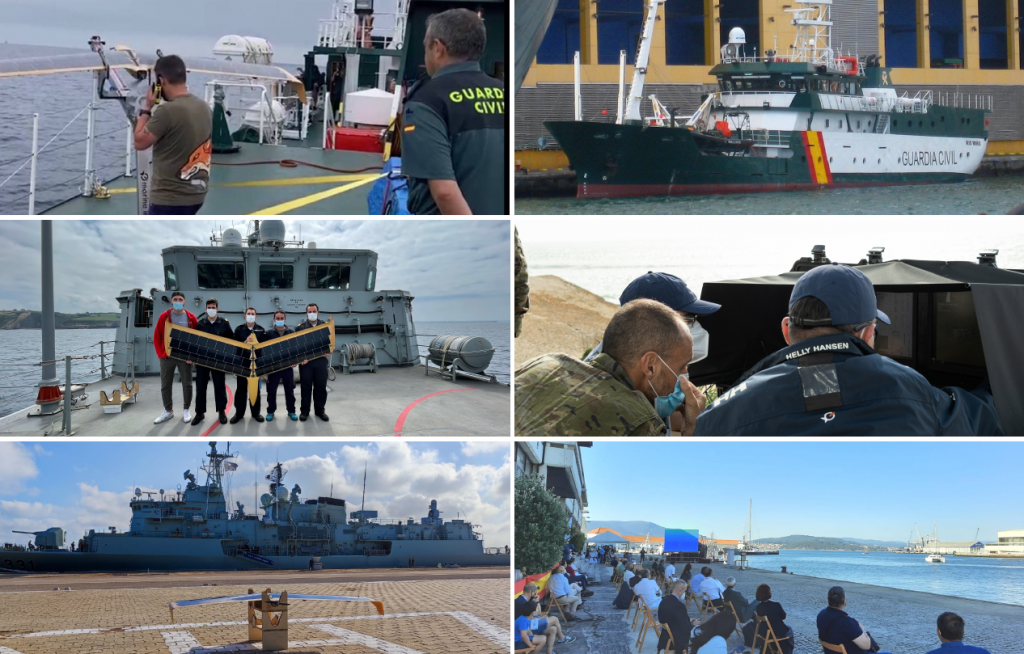 It is time to take stock of the milestones achieved by M5D-Airfox in the past year and so far in 2022.

The M5D-Airfox is part of the RAPAZ Programme (2 year) of the Spanish Ministry of Defence, which adapts civilian dual use technologies to the specific requirements of the Armed Forces.

In 2021 we carried out several operational deployments onboard several ships from the Spanish Navy (MCM), Coast Guard (Illegal Inmigration) and Customs (Narcotrafic).

In September 2021 the M5D-Airfox completed REP(MUS) exercises from NATO in Lissabon.

In October 2021 the Spanish Secretary of Fisheries awarded the M5D-Airfox a 2 year contract for the Inspection, Surveillance and Fight against Illegal Fishing throughout the national territory.

MINEX’22: In April 2022 the M5D-Airfox participated in the largest MCM exercise held in the Mediterranean Sea and organised annually by the Spanish Navy.

DYNAMIC MESSENGER’22: In September 2022 the M5D-Airfox will participate on board the OPV Audaz in NATO-organised Dynamic Messenger exercises.

BAM GULF OF GUINEA: The M5D-Airfox will participate on an international on board surveillance mission.

There are other tests that we cannot yet disclose.