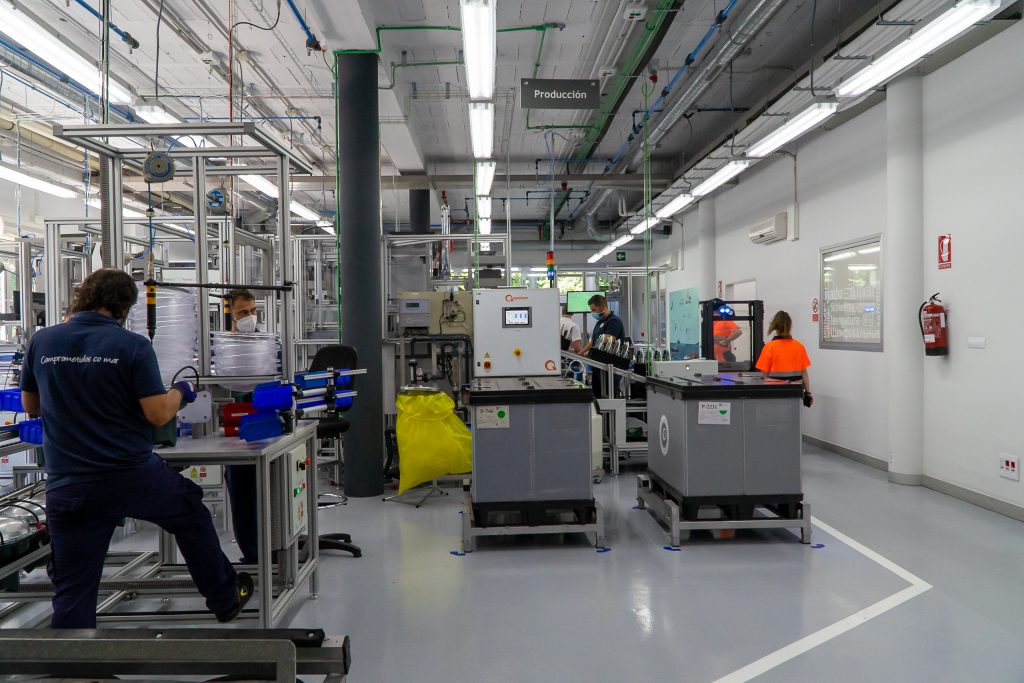 Marine Instruments, the company that manufactures and develops high technology for the marine environment, has been awarded by the Spanish Government with the National Innovation Award 2022. The Galician company has been distinguished by the Ministry of Science and Innovation in the category of small and medium-sized enterprises. These awards given by the Ministry for Science and Innovation recognize our business model based on innovation conceived as a strategic value.

According to the Ministry, Marine Instruments has been awarded in this category for being a clear example of an innovative company that, through the development of knowledge-based technologies, can profoundly transform traditional sectors such as the fishing industry.

Undisputed leader in the commercialisation of buoys for tuna fishing, Marine Instruments exports its products, entirely developed in Spain, to more than 30 countries, thanks to the competitive advantage consolidated by its permanent commitment to investment in R+D+I since its origins in 2003 and the systematisation of the processes of knowledge generation and innovation management.

Reaffirming its position as “a world leader in the development and manufacture of high technology for the marine environment”, the company pointed to these data when announcing a new milestone that consolidates its position as “a national pioneer in the maritime field”. The State Aviation Safety Agency granted it the Bvlos authorisation, which allows it to operate its M5D-Airfox aerial drone “out of visual range, without the need to request authorisation for each flight”. It means gaining “flexibility and agility, range and autonomy” in the fisheries surveillance and maritime security work it carries out for the Ministry of Agriculture, Fisheries and Food.

Initially designed for tuna fishing, the M5D-Airfox, with its fixed wing, one metre long and 2.5 metres wingspan, has seduced the US Navy, the US Navy. Its ten hours of autonomy and 33-kilometre range make it “one of the most innovative and ambitious products” of the company. In fact, after participating in various international military exercises, the drone is in the final process of being adapted “to the demanding operational needs of the Spanish Navy”.

At the end of last year, Marine Instruments launched the world’s first satellite fishing buoy equipped with artificial intelligence, the M3iGO. An evolution of the pioneering buoy also developed in 2005, it was presented as “a real milestone” for fishing because it allows the skipper to decide whether it is worth setting the gear by telling him “accurately” how many commercial-sized fish are on the bank, “disruptive technology that comes to mark a before and after in efficiency and sustainability” in fishing.