The new M3iGO satellite buoy is already in all three oceans 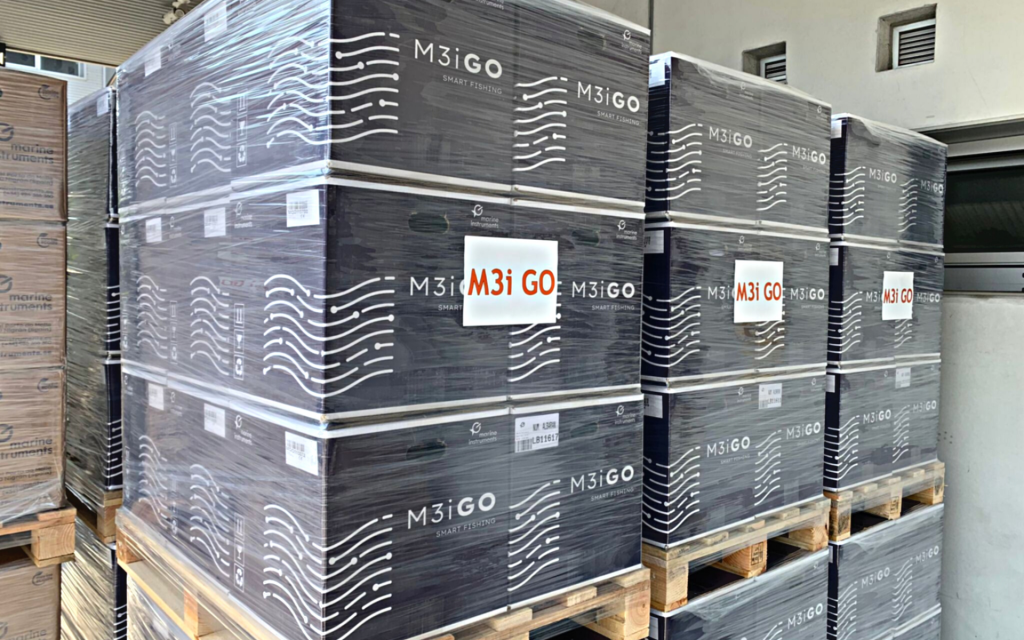 Earlier this year Marine Instruments, the world’s leading marine technology company, launched the new M3iGO satellite buoy for tuna fishing. Prior to the launch and as part of an established roadmap, the buoy had already been tested with good results in the three oceans of the Atlantic, Indian and Pacific Oceans. But from tests it was time to move on to reality, and the results are proving very satisfactory in this first phase for the Spain-based company. Six months have passed since then and this new device has already been acquired and deployed in the four major tropical tuna areas by some of the most important tuna vessels in the three oceans.

1. Incorporating Artificial Intelligence: transforming data into useful information.
With the launch of the M3iGO, for the first time a fishing satellite buoy incorporates Artificial Intelligence. For the tuna sector, this represents the introduction of a disruptive technology destined to mark a before and after. A development that came after four years of uninterrupted work by the R&D department, an area that accounts for 40% of Marine Instrumentos’ staff, which currently has 160 employees. Artificial Intelligence is proving to be a great support in the identification of soundings and puts the employer in a position to make faster, more efficient and sustainable decisions.

2. M3iGO, a buoy always “open” at the skipper’s disposal in real time.
In its OPEN mode, the buoy’s normal mode, the new buoy is always open, i.e. it transmits information in real time when the skipper requests it, giving him only what he considers relevant at the exact moment he needs it. From the feedback that Marine Instruments’ consultants are receiving in the main tuna ports, for example Seychelles, this new ability to send the telecommand in real time is being highly valued by skippers because “it makes our fishing tasks much easier and allows us more room for manoeuvre”.

3. New ability to detect and notify of surrounding vessels.
The M3iGO brings a new functionality to the market: it detects nearby boats around the buoy and notifies the skipper of their presence, who can then deactivate the buoy if necessary. You no longer have to worry about dubious or suspicious buoy operation.

4. New interface: simpler and more intuitive to optimise routes and save more fuel.
The launch of the buoy brought with it a new version of the MSB+ visualisation software fully geared towards efficient tuna fishing. It now incorporates new real-time visualisation modes and, now, tuna filtering by discarding biomass and non-commercial fish from the calculation. That is, the new MSB+ gives the skipper the tuna tonnage under the buoy, discarding the rest. Now the skipper, with a single glance, is able to identify the most interesting fishing areas in order to define the optimal navigation route with a direct impact on tuna consumption and optimisation of economic profit.

5. New digital sonar, an exponential leap in data processing capability.
While the previous models have an analogue sonar, now the sonar is digital and has a new microprocessor that allows huge amounts of raw data to be obtained and then processed and interpreted. A revolution in data analysis for the industry and the way we handle it. The speed and possibilities offered by the new digital sonde, manufactured entirely by Marine Instruments, opens up new potential for the interpretation of information for the tuna industry.

6. A watertight and shockproof enclosure.
The exterior of the new buoy is an evolution of an enclosure that remains a benchmark of robustness and durability in the market, incorporating a new solar panel that provides enough energy to power the buoy’s rechargeable batteries.

7. Marine Instruments, world leader in high technology for tuna fishing.
Marine Instruments, with a presence in 30 countries, is the world leader in the development and manufacture of electronic equipment adapted to the marine environment. In addition to maintaining a firm commitment to continue providing highly innovative technological tools to the tuna fishing sector, in recent years Marine has been working on the development of technologies for other sectors such as aquaculture or security and defence.